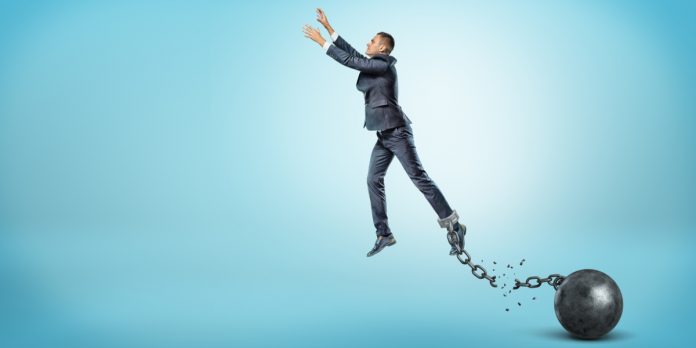 Know the most important debt traps to avoid, so you can keep your personal finances safe. Due to these tumultuous times, more people are now borrowing money.

However, some may not be able to repay their loans, getting caught in a vicious cycle of balances and repayments. Keep these five debt traps in mind and prevent them from ruining your finances.

What are Debt Traps?

Sometimes, people are unable to keep current on their debt payments. This phenomenon is referred to as a debt trap and it can be disastrous for people’s finances. People caught in these usually resort to taking out more credit in order to repay previous ones.

As a result, they amass insurmountable debt burdens, causing them to file for bankruptcy.

Debts consist of your principal amount and the corresponding interest. When you take out a loan, the amount you wanted becomes the principal. Moreover, the principal grows interest according to your provider’s rate.

People are caught in a debt trap when they can’t pay off the principal and let the interest accumulate.

How do I Avoid Debt Traps?

There are common debts that people typically get stuck in paying. Usually, people are encumbered by credit card debts, rent-to-own products, and payday loans.

Generally, people are caught in debt traps when they are negligent or tardy with payments. Some only pay the minimum per month, so they are unable to reduce their principal.

The plastic swiper has been the culprit for millions of Americans filing for bankruptcy. In total, the United States has over 189 million credit cardholders and each one owns roughly $8,300 in credit card debt.

It’s no surprise that many of them have accrued excessive quantities of debt. As a result, it’s now one of the most common debt traps to avoid.

As we’ve explained, their outstanding balances become debt traps when they aren’t able to get rid of them. Cardholders rack up several balances then let them grow interest monthly. Eventually, they aren’t able to keep up with the installments, so they take out more loans to pay previous ones.

As a result, their reckless spending wrecks their credit, so some file for bankruptcy.

By far, one of the worst debt traps to avoid has to be the payday loan. These come from payday lenders who are notorious for charging astronomical interest fees. They require upwards of up to 400% interest rate, so it’s apparent why many have fallen prey to these debt traps.

It is best to stay away from predatory lenders and find better loan alternatives instead.

Also, be aware of the federal and local government’s consumer protection laws. You can contact the Bureau of Consumer Protection to learn more about how you’re legally protected from predatory lending. You may also contact them for consumer inquiries and complaints. Your state also has a local consumer agency that can assist you.

3. Evaluate Purchases and Avoid the Rent-to-Own

You should scrutinize your purchases thoroughly to prevent turning your debts into potential traps. First, determine if you truly need a desired item or service, and ignore it if you don’t.

Next, check if you have enough funds, and make sure you can repay if you borrow. This way, you’ll limit your spending and borrowing, so you can avoid accruing excessive debt.

Do not purchase rent-to-own merchandise and dream home properties as they can also become inescapable debt traps. Buying from rent-to-own stores usually costs more in the long run since they usually have huge monthly installments.

Meanwhile, you might not receive a notice for your rent-to-own homes even if you’re already defaulting on your loan. You may find it hard to repay both, so you’re likely to lose possession of them.

4. Paying Late or Not Paying at All

As with all debts, you should always pay on time to avoid respective penalties. Always complete balances before the payment deadlines, and never neglect any installment. You might be penalized with additional fees that can pile up tremendously.

Eventually, you will struggle to pay your balances on top of these penalties and your credit scores take a dive.

5. Paying Only the Minimum Amount Due

If you only pay the minimum monthly, you might have trouble breaking free from your debt obligations. After all, minimum payments prolong your debt payoff, so you’re likely to turn your balances into debt traps.

Submit payments that exceed the minimum as much as possible, so you can avoid a potential debt trap!

Surprisingly, nations also have debt traps to avoid, growing from external debts. Some countries have accrued unsustainable debt as a result. This prompted the creation of the Debt Sustainability Framework.

The World Bank has created this tool to assess the debt sustainability of developing countries and help them avoid a debt crisis.

Some African countries are included in the plan, so they have been allowed massive Chinese debts. Some of them have even borrowed as much as 20% of their nominal GDP. In turn, these countries have allowed Chinese projects included in the BRI.

This has been dubbed by many as debt-trap diplomacy, allowing countries to borrow money in exchange for political favors.

We’ve discussed the important debt traps to avoid and how to stay away from them. These usually include those day-to-day balances such as credit card debts. They fail to manage them, so they eventually cannot get rid of their unpaid balances.

This has led folks to file for bankruptcy, crash their credit, and wreck their personal finances.

You should analyze your purchases extensively before continuing them. Check if you need the product or service, and don’t pay for it if it’s unnecessary. Otherwise, make sure you can repay on time if you’re going to borrow for it.

Alternatively, you may save for it instead, so you can eventually buy without credit. Of course, you should always read the agreement for your loans before proceeding. Check the fine print for any questionable loan terms and conditions.

Ask your lender about the loan, and exhaust all questions you may have. You should only sign the lender’s agreement once you’ve fully understood and accepted its contents.