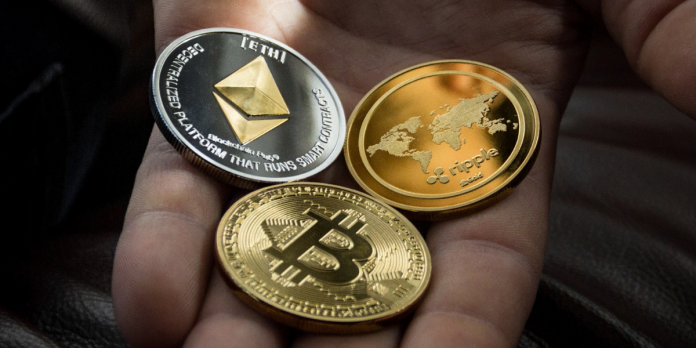 Have you ever wanted bitcoin mining explained in simple terms? Cryptocurrencies are becoming widespread around the world, yet folks still can’t figure it out. If you’re curious about cryptos, too, let us walk you through the ins and outs of bitcoin mining!

To understand bitcoin mining, we need to talk about how bitcoin works. Then, we’ll explain how you can start mining your first bitcoins, such as the gear and other expenses. From there, we can talk about its function in cryptocurrencies besides the big BTC.

Nowadays, people are adopting digital currencies more and more. Unfortunately, many people still do not understand how they function. After reading this article, you’ll have a general idea of how and why people are mining bitcoins.

Let’s begin with a mysterious figure known as Satoshi Nakamoto. He had an idea of a decentralized currency that doesn’t rely on banks or governments.

In 2009, this idea was launched as Bitcoin (BTC). It’s the first cryptocurrency in the world. Many of the other cryptos or altcoins you see today are based on it. How does it work, though?

It runs on a blockchain, a network of computers spread around the world. Bitcoin mining is all about speed. Here’s no “Bitcoin Inc.” that employs them! Regular folks own them.

Each Bitcoin transaction is protected by encryption. They have a solution that a machine must find. It will need to solve thousands of math problems a second to get it, though!

This “winning solution” is called proof-of-work. Once a computer gets one, another block is added to the blockchain. More importantly, it earns a block reward in the form of more bitcoins!

Those who own these machines are known as bitcoin miners. They verify transactions on the bitcoin network. In return, they get more bitcoins. It’s a win-win for bitcoin and its miners!

At the time of writing, they earn 6.25 bitcoins for each bitcoin exchange they confirm. There were 21 million bitcoins. However, the number of bitcoins in circulation is 18,743,793.

The purpose of bitcoin mining explained 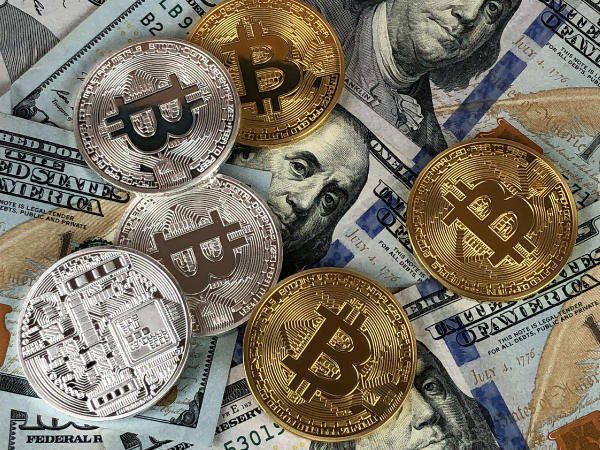 One of the questions that come to mind is, “Why have miners anyway?” Well, it makes sense in terms of bitcoin’s goal. Imagine if just one company confirms bitcoin transactions.

That would go against what bitcoin is all about. Having a “Bitcoin Inc.” makes the currency reliant on a central authority. That’s why Bitcoin depends on volunteer computers worldwide.

This is also why it gives block rewards. Most people aren’t going to spend so much effort and money without any incentives. The chance of earning bitcoins draws in more miners.

More importantly, mining lets bitcoin work. You need the miners to confirm each exchange that uses bitcoin. As they do so, people can buy and sell stuff with this cryptocurrency.

Do all cryptocurrencies allow mining?

Ever since bitcoin launched, many cryptos followed in its footsteps. These include Litecoin, Ethereum, and even Dogecoin, a cryptocurrency based on an internet joke!

Most of them improve on the bitcoin blockchain. Others wanted to expand the uses of crypto. As a result, some of them don’t allow mining. Take Tezos (XTZ) and Lumens (XLM) for example.

You may stake XTZ coins or “tezzies” to yield around 6% to 7% every year. Meanwhile, Stellar Lumens are pre-mined. People can’t mine more XLM coins.

Others provide more unique ways of earning more coins. Axie Infinity is an NFT game that lets people earn Small Love Potions or SLP tokens while playing. It’s popular in the Philippines too!

They don’t include mining for many reasons. Often, it’s a design choice. Their networks don’t need them, or they have other uses. Sometimes, it’s to reduce their power consumption.

Can I mine bitcoin? 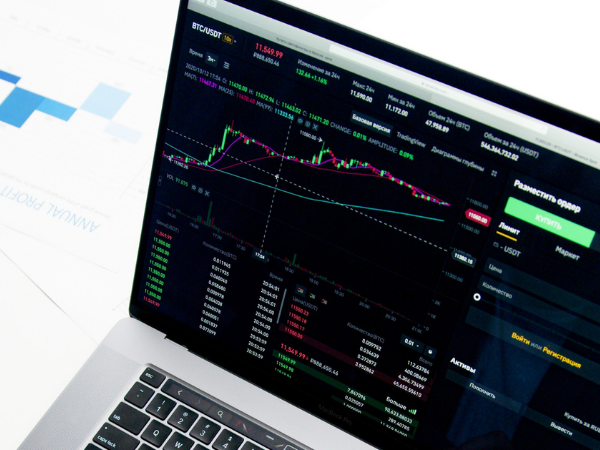 After learning about bitcoin mining, you’re probably wondering how you can start. You will need bitcoin software and a powerful PC. Also, you must have a fast internet connection 24/7.

We’re not talking about your run-of-the-mill PC. You’ll need a computer with tremendous computational power. You’ll need to shell out thousands of dollars to mine bitcoins!

Your computer must be faster than everyone else’s too. Bitcoin mining is all about speed. If you’re too slow, other folks will secure the block reward.

One of the most important parts of a mining rig is the graphics card. That’s why so many people were buying them. As a result, it became harder to purchase one.

Besides the expensive PC, you’ll need mining software. You may get them from numerous websites. Please research your choices before using any mining program.

Lastly, you must have a consistent internet connection. If it fails, you won’t be mining that day. Be prepared to see your electric bill skyrocket as well!

The types of bitcoin mining explained 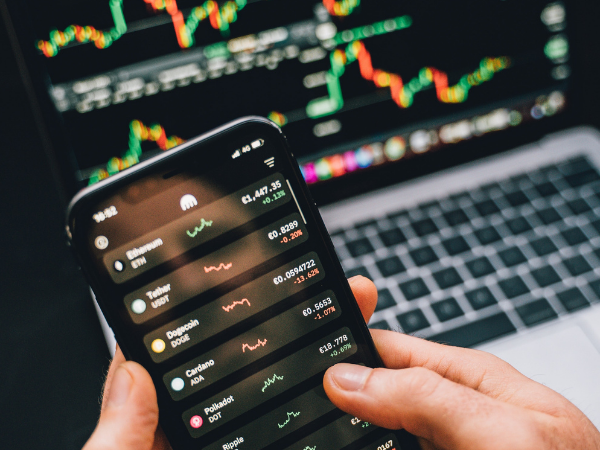 Let’s say you have all you need to mine bitcoins. Does this mean it will be an easy source of passive income? Unfortunately, it’s still not that easy.

Solo mining has a slim chance of success. You’re competing against thousands or more computers across the globe. Most of them have better mining rigs than you could afford!

Instead, you may want to join a mining pool. You could join a group of miners to share in processing power and block rewards. This increases your chances of earning bitcoins.

On the flip side, you get fewer block rewards. They’re split among the members, depending on the mining pool. Please check your chosen bitcoin mining pool thoroughly before joining.

You may mine bitcoin without all the fancy gear. Instead, you may ask a data center to do it for you. This is called cloud mining, and it can be an easier way to mine bitcoin.

You pay them a certain amount, and they’ll mine for a specific period. It isn’t risk-free, though. For one, the price of bitcoin might fall. As a result, you might not get a return on investment.

Worse, you’ll have to pay for their operational costs too. So you may end up paying so much and get almost nothing in return. This is why you should check your options carefully.

Is bitcoin mining bad for the planet? 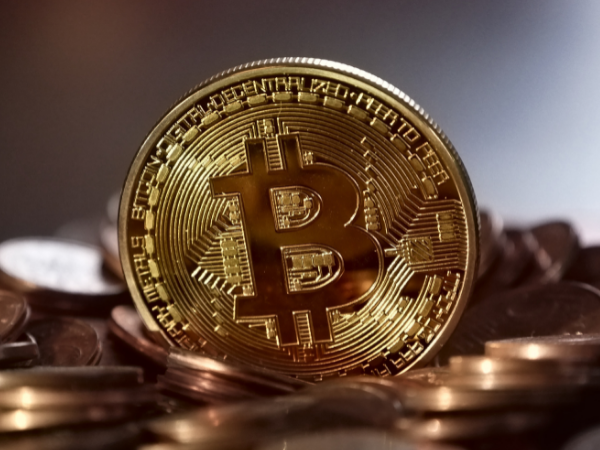 In May, Tesla CEO Elon Musk tweeted that his company won’t accept bitcoin. He won’t change his mind as long as bitcoin mining uses renewable energy.

This caused a bitcoin crash earlier in early 2021. In response, thousands of articles decried bitcoin mining and its harm to the environment. Is this justified, though?

Miners use the energy available in their area. If they have a big carbon footprint, it’s usually because their countries use so much fossil fuels.

El Salvador may change this soon. It’s the first company that started accepting bitcoin as legal tender. Now, it plans to have bitcoin mining facilities powered by geothermal energy.

It’s dubbed “the land of volcanoes,” so it may have the solution to bitcoin’s energy problem. President Nayib Bukele even tweeted a drone video of the facility’s geothermal well!

What’s more, the gold and banking industry uses far more energy. Yet, bitcoin and other cryptocurrencies are bringing more benefits!

With more improvements, bitcoin can become more sustainable as a currency. Even better, it will enhance several key aspects of our daily lives.

All investments have risks, whether you mine or buy bitcoin. This doesn’t mean you shouldn’t try, though. The world is adopting cryptocurrencies more and more. It’s a great time to invest!

Learn all you can before investing. You should never put your money in something you don’t understand. Read more crypto articles from CoinDesk and Inquirer USA.

Find coins you’d like to buy. Then, create an account on Coinbase or other crypto exchange platforms. Your account will come with an online wallet that stores your coins.

For added security, you may buy a hard crypto wallet. These let you store your crypto’s private keys offline. They look like USB flash drives that serve as keys to your investments.

How does bitcoin mining work?

How long does it take to mine 1 Bitcoin?

The block time for bitcoin is 10 minutes. Your mining rig has to be fast too. Otherwise, other folks may get the block reward before you do.

Is mining bitcoin worth it?

Yes, because it’s changing the world in unusual ways. What’s more, other countries like El Salvador are planning to mine bitcoin with renewable energy.

Disclaimer: This article is the author’s personal opinion, which may differ from the “official” statements or facts. All writers’ opinions are their own and do not constitute financial advice in any way whatsoever. Nothing published by Inquirer.net constitutes an investment recommendation, nor should any data or content published by Inquirer.net be relied upon for any investment activities.

FinancialDailyUpdates.com strongly recommends that you perform your own independent research and/or speak with a qualified investment professional before making any financial decisions.