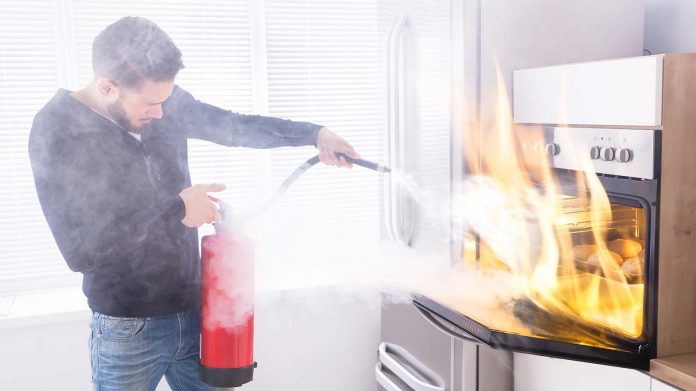 Are You Ready or Not

Do you have any thoughts of making renovations in 2019?  Then here are some basic safety features that you should consider when making your checklist.  Results from a recent research showed that a lot of homeowners are not in any way ready for emergencies, particularly of house fires.

A recent study by Porch.com showed that almost 40 percent of homeowners do not own a fire extinguisher or are unaware of its whereabouts.

To make the situation even worse, as much as 81.3 percent of the group that do not own a fire extinguisher believe that they can put out a grease fire using just water – an act which can cause the fire to expand (according to the Western National Insurance.)

Also, a huge number of homeowners hardly – if ever- replace the old batteries on their smoke detectors to keep it running. In reality, almost 80 percent of homeowners have never replaced their batteries at all.

This is very common in homes owned by Millennials. Results from the reports show that a whopping 25.9 percent have never even given this a thought. A separate group that amounts to 6 percent claim to say the least that they changed their batteries nine months. Reports from Gen X homeowners show that some have never even changed their batteries at all, while some have, but not in recent times. Baby boomers shows the most broad on home emergency kits.  Almost 75 percent that have necessary emergency tools such as flashlights, first aid supplies, extra batteries, and an inventory of non-perishable food that will last a few days.

Are You Not Prepared and Not Confident

Focusing on the group of homeowners that have the essential safety features installed on their homes, many are not fully aware of the dynamics of these safety features and are not-so-confident in using them.

Above 30 percent of Millennials expressed doubts in their ability to handle a fire extinguisher and up to 28 percent of parents fall into the same category.

A lot of parents are not really prepared for other emergencies. Based on the results from the analysis carried out by Porch.com, parents were ranked last on how equipped their emergency kits were just behind Baby Boomers, Millennials and Gen X homeowners.

Baby Boomers seemingly have an all-inclusive home emergency kit, with not less than three-quarters of them owning a flashlight, first aid supplies, additional batteries and non-perishable foods that can last up to three days.

“Once it pertains to upgrades and upkeep, the items that you least expect could be the life-savers in dire situations,” Porch.com reported. “Checking your smoke detector to make sure it is up and running with working batteries along with knowing the location of your fire extinguisher that will matter the most when it comes in an event of a disaster.