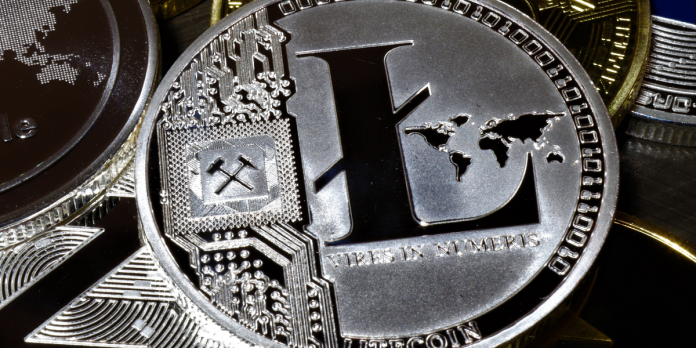 Follow the news lately, and you’ll come across litecoin and cryptocurrencies. You may have noticed more companies and countries adopt this digital currency. What is a cryptocurrency, and why are many people interested in them nowadays?

First, let’s go through the basics of cryptocurrency and Litecoin. Despite being the most popular crypto, bitcoin isn’t the best choice for investment. We’ll explain why you may want to invest in Litecoin along with the big BTC.

The world is currently undergoing major changes, and it may include how we do finance soon. The future of money is digital, and cryptos are leading the way to it. As a savvy investor, you should know new options like bitcoin, litecoin, and other cryptos. 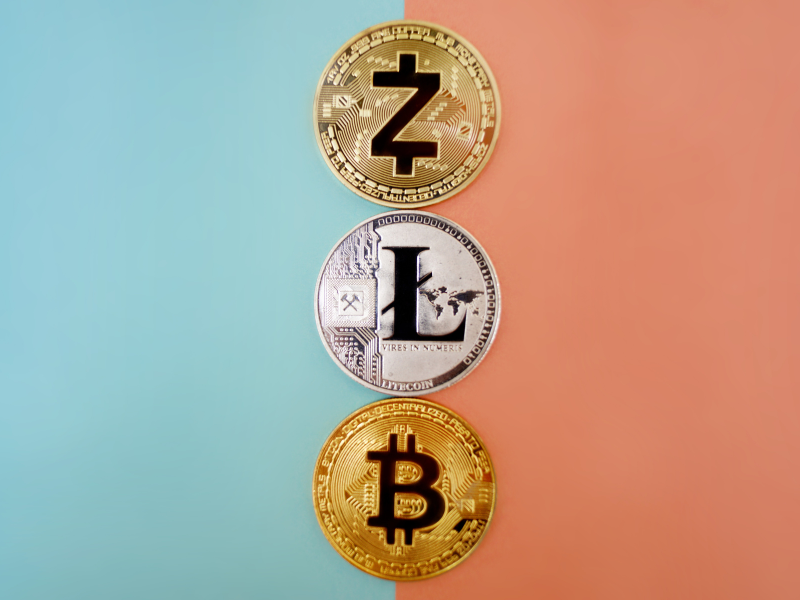 Nowadays, people are starting to pay electronically more often. First, we order stuff using our phones and PCs. Then, we wire payments through our bank accounts or put them under our credit cards.

However, all our transactions are monitored by central authorities. They use our payment history to learn too many things about us. Worse, they could sell it to shady groups and individuals.

Fortunately, a new form of virtual currency may return freedom to our exchanges. It’s called cryptocurrency, a decentralized digital asset that isn’t run by any central figure.

It relies on a network of computers called a blockchain. These machines check and confirm the exchanges done with the crypto. All the transactions are placed on a public ledger.

This ledger shows the exchanges that happened. However, the people involved remain obscured, save for their alphanumeric addresses. This fosters trust among users.

Meanwhile, using only their codes reduces the chances of other people tracing them. Note that people can still track people on the ledger. It’s just highly difficult to do.

The computers on the network earn more crypto coins each time they confirm a transaction. This is called mining. It helps in block generation in the blockchain and allows folks to get more coins 24/7.

The block rewards encourage people to be part of the blockchain. For other cryptos, the coins have other purposes. For example, holding ATA coins lets you vote on changes to the Automata network.

The first one is called bitcoin (BTC). Someone by the name of Satoshi Nakamoto launched it in 2009. It was open-source software, meaning people can freely obtain and tweak bitcoin.

Eventually, several people improved bitcoin until it became the #1 crypto of the world. Yet, others took a different path. Instead of upgrading bitcoin, they used it to create their own.

What is Litecoin (LTC)? 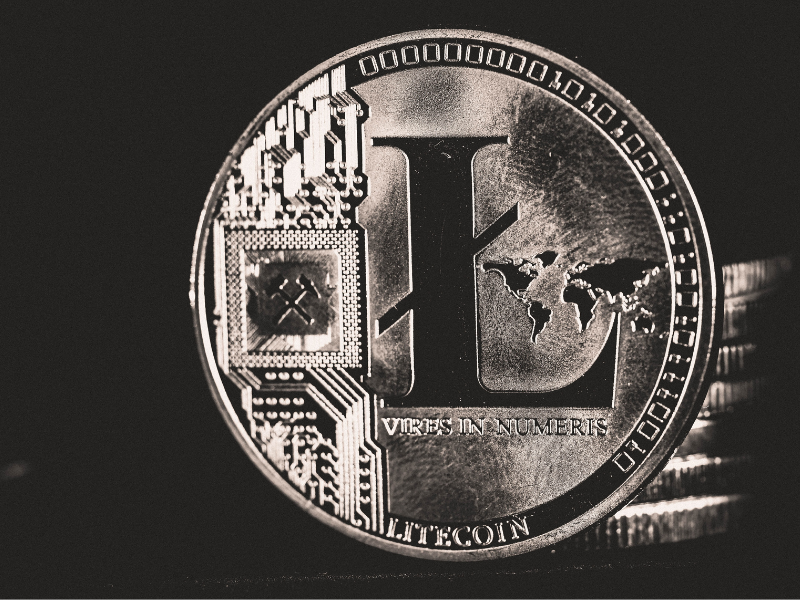 One of these people was Charlie Lee. He was one of the first people who were interested in bitcoin. Yet, he wanted to make crypto that improves upon the great BTC.

This is why he and his development team created Litecoin (LTC). They launched it in 2011. What’s more, he created the Litecoin Foundation that promotes its use to the world.

Litecoin is better than bitcoin in several ways. Here are some of their features side-by-side:

You may store LTC in a Litecoin Core. You may download it on your PC and mobile devices. It also allows you to spend your LTC and record all the transactions.

Though you may purchase hard crypto wallets instead, they provide better security. Even better, they let you carry your coins with style!

As you can see, the litecoin blockchain works faster than bitcoin. So why is bitcoin still more popular? Later, we’ll explain the reasons for this.

Why invest in cryptos? 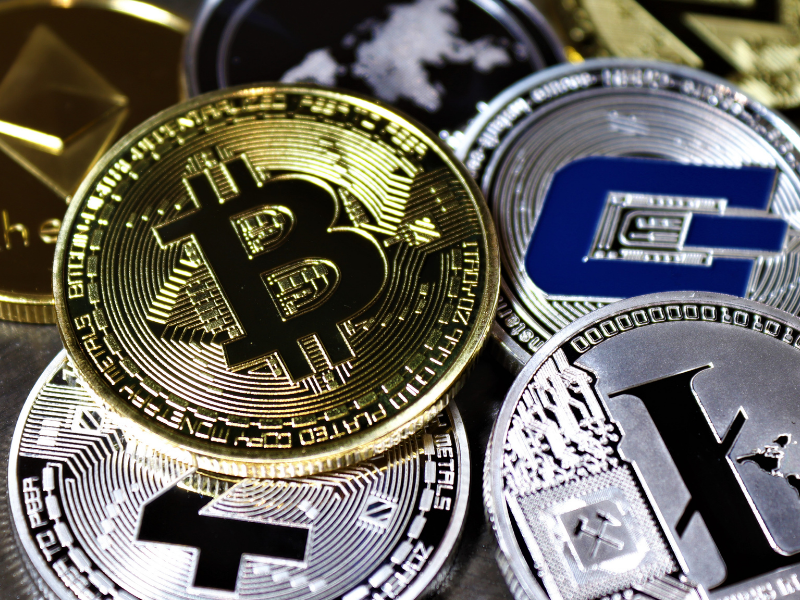 Is there any reason to invest in virtual currency? As we said, we already spend money through electronic means. So it’s only a matter of time until our money becomes completely digital.

Most people assume that cryptos are just weird forms of internet money. Yet, they’re far more than that. Cryptos have huge potential, especially the blockchains behind them.

You can find hundreds of cryptos with uses outside finance. For example, the #2 crypto Ethereum allows the creation of NFTs. It’s a new way for artists to earn from their works.

In response, more countries and companies are adopting cryptos. This is why they pour billions of dollars into these crypto bucks. Here are some ways cryptos are changing the world:

Why invest in Litecoin? 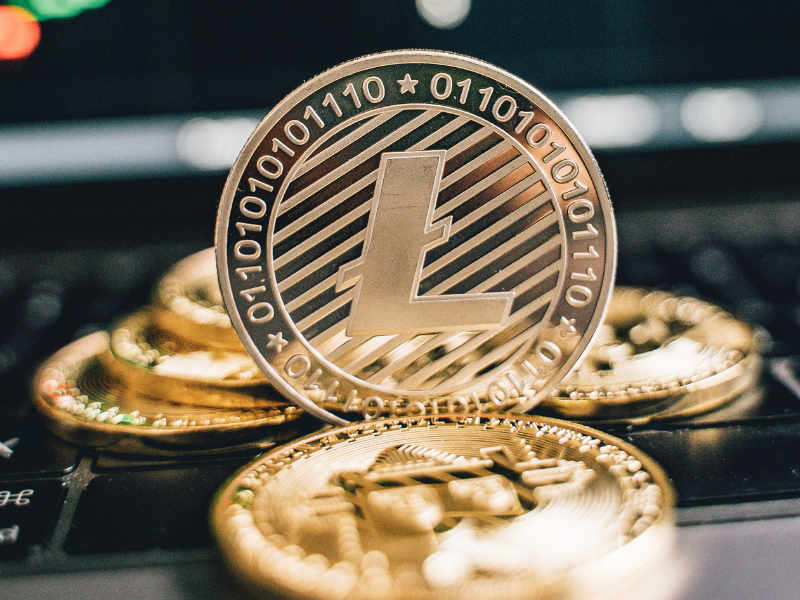 Bitcoin remains the king of all cryptos. It has been around longer than the other coins. As a result, it has the biggest market cap.

When people talk about crypto, they always think of bitcoin. Even though the litecoin network is better, more companies and countries recognize BTC.

This may change soon, though. On June 19, 2021, Bitmain announced its latest L7 Scrypt mining device. It mines Dogecoin and Litecoin at the same time, and it will come out in November.

As a result, more people might mine LTC. This means the price of litecoin may rise far beyond its current value. At the time of writing, one LTC costs $153.98. The litecoin price may reach $200 or more!

What’s more, litecoin is seeing more widespread use lately. For example, NASCAR driver Landon Cassill will get paid in litecoins for his new 19-race deal.

On the other hand, litecoin starts at a much lower price. So it’s a lot easier to buy more of them compared to bitcoin. Once they grow, your earnings could be far higher!

It’s a good idea to buy bitcoin nowadays. Even better, add litecoin and other coins to your shopping list. That way, you can earn more from several coins!

Here’s another reason why you should invest now: the market is slow right now! Bitcoin has been going down, pulling other coins along with it. Also, trading volume has been slow lately.

This means people are holding tight to their coins. Only a few buy and sell cryptos. As a result, the price of litecoin is dropping quite deep. Yet, this is a great time to scoop a lot of coins!

The price of litecoin may drop to $100 before hitting $200. On the other hand, if you buy now, your litecoins might be worth more in the long-term. Still, you should learn all you can before investing.

Is litecoin better than bitcoin?

Litecoin lets you buy and sell stuff faster than bitcoin. This doesn’t mean you shouldn’t get BTC. However, it’s a good idea to have BTC, LTC, and a few other coins.

Is litecoin a good investment in 2021?

They’re likely a good investment this year due to recent events. They cost lower right now. More people are using them too. LTC shows a good chance for growth this 2021.

Is it good to buy litecoin now?

You may buy LTC now while it costs roughly $153 per coin. Or you could wait for the price to drop lower. Crypto prices have been falling lately, so litecoin may become cheaper later.